After our YoungSparks Allegro Chess Tournament, I had the honor of interviewing our YoungSparks champion Puwit Sky Moerlien. At just the age of 12, Puwit managed to bring home the cup and win his first YoungSparks tournament. Being from Kansas, USA, he stayed up till all hours of the morning to compete, stating that he loves the competition and being challenged.

At a young age, 6years old to be exact, Puwit’s schoolteacher thought he was very hyperreactive, so his parents signed him up to play chess, and from then on, he excelled in it. Chess giving him the opportunity to meet new people and interact with people who have the same energy as him. A lot of the people he currently socializes with, he has met throughout his chess career and some have even become his best friends – isn’t that amazing! 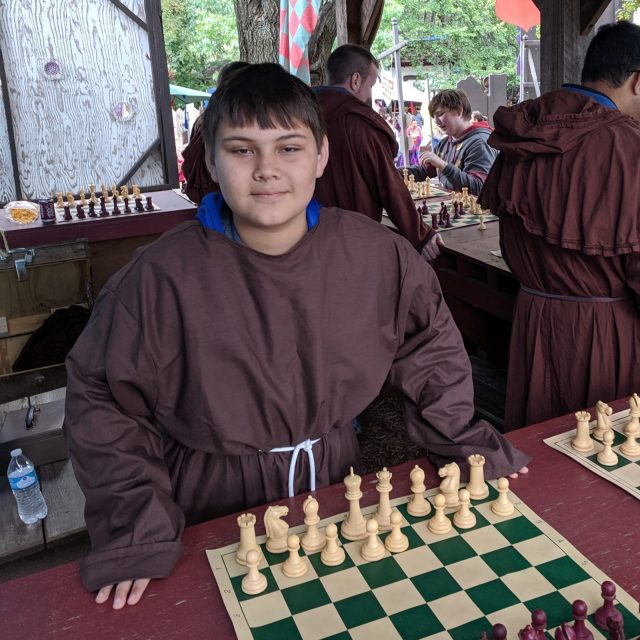 With winning over 50 chess tournaments in his career so far, he is definitely a young talent to look out for. Some of his highlights from our chess tournament was that it was a mix of both competitive and social – so he could meet new people, but also compete in the game he loves, which he found very unique. Also commenting on our Chess coach, Anthony Hain, he absolutely loved him! Expressing to us how friendly he is and that he is a great multitasker.

Our YoungSparks tournament also gave him the opportunity to reflect upon his own skills and stated, “I learned to not get too overconfident. I almost lost the win in the last two rounds of the tournament”, something that he hasn’t experienced before. Puwit highly recommending our tournament to other children who are within Australia’s time zone.